Home Our Blog HOW TO GET STARTED WITH VIM

HOW TO GET STARTED WITH VIM

Vi is a text editor created for Unix users. The original code for vi was written by Bill Joy in 1976, as the visual mode for a line editor called ex that Bill had written with Chuck Haley. The ex 1.1 editor was released as part of the first BSD Unix release in 1978. With the release of the 2.0 version of ex, in May 1979, the editor was installed under the name “vi”. Today this is commonly referred to as vi or vim editor.

Vim is an improved version of Bill Joy’s vi. It was written by Bram Moolenaar and was released in 1991. Vi is commonly used by Linux users to edit configuration files and also by developers working over shell scripts or other popular coding languages.

Here are some of the reasons why you should familiarize yourself with vi:

In today’s post, we will show you how to use vi more effectively.

To open an existing file such as test.sh, you will have to use the command- vi test.sh. If the file does not exist, then the file will be created. By default, when you open a file using vi editor, the editor will be in view-only mode. 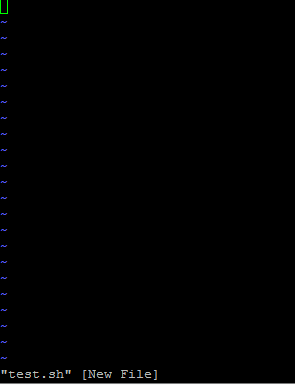 In order to edit this file, you need to press “i” on your keyboard. This will allow you to edit the file. 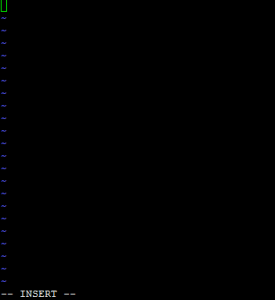 To save a file, press Esc and type :wq. This will save the file and exit the editor. You can do the same by typing Esc and “ZZ”

In case you want to quit without saving changes, you can use Esc and type :q!

To enter any command, you first need to get to the command mode by pressing Esc.

These are some of the most basic shortcuts for vi

These are shortcuts which help you position your cursor within the file.

These shortcuts are useful while editing a large file.

These shortcuts help you to insert or append within a file.

These shortcuts will help you quickly delete contents within a file.

These commands should be more than enough to get you started with vim.

Once you get comfortable with it, you’ll never look back!